President Trump may finally be coming to terms with the fact that he’s leaving Washington on Jan. 20. So what’s he doing about it?

Leaving the government and the economy in the worst possible condition, it seems. Critics have wondered if Trump would burn the house down as an act of spite on the way out, and we’re now seeing evidence that he and his henchmen are starting to set fires.

On Nov. 19, Treasury Secretary Steven Mnuchin said his department would end a set of emergency lending programs Congress enacted in the CARES Act in March. These programs provide aid for small and midsized businesses, along with state and local governments, that could total around $4 trillion if fully enacted. They were crucial to restoring confidence in markets when stocks were in free-fall earlier this year. Markets stabilized as it became apparent an array of emergency programs would be able to provide ample liquidity and prevent a meltdown.

The Federal Reserve runs the programs Mnuchin wants to cancel, but it needs money from the Treasury to guarantee against losses. Mnuchin is telling the Fed to return money Treasury has already provided, which would effectively end the programs at the end of 2020. Other aid programs would remain in place, but the Fed itself protested Mnuchin’s moves, in a rare and perhaps unprecedented spat between the two organizations. “The Federal Reserve would prefer that the full suite of emergency facilities established during the coronavirus pandemic continue to serve their important role as a backstop for our still-strained and vulnerable economy,” the Fed said in a statement.

The programs Mnuchin wants to end have been lightly used. But that may be a sign of their success. The end goal of government intervention in an economy emergency is to restore confidence, not disperse money—so that investors remain comfortable taking risks, knowing there’s help if they need it. Mnuchin’s move surprised economists, since the number of coronavirus cases is surging to new levels and a fresh round of business shutdowns is sending the economy in the wrong direction.

“The deteriorating health and economic backdrop could prompt an adverse market reaction,” Greg Daco, chief U.S. economist for Oxford Economics, wrote in a research note. “Mnuchin’s justification appears poorly grounded. And it may backfire by leaving the Fed as the only adult in the room to address a concerning economic situation in the final stages of 2020.”

Mnuchin is reeling in economic aid as Trump is still desperately trying to overturn Biden’s presidential win. Trump refuses to cooperate with the incoming Biden administration for a smooth transition of power, as every modern president has done for his successor. Instead, CNN reported that Trump’s strategy is to “set so many fires that it will hard for the Biden administration to put them all out.”

Those fires will burn real Americans who need help from Washington, not hatred. This weeks’ Trump-o-meter reads SAD, the lowest rating, because a president can hardly do worse than Trump is doing right now.

Mnuchin denied he wants to end the aid programs out of political spite and said—while refusing to acknowledge Biden’s win—that some other Treasury Secretary, theoretically, could reinstate them. But killing the aid programs could handicap the Biden administration and the U.S. economy because it might take new legislation to start them up again in 2021. Passing such aid wasn’t difficult in March, when the economy was in freefall. But there’s opposition now, after three stimulus bills, especially among Republicans.

Market analysts wonder what’s going on. “Crippling the Fed, just as COVID cases surge, seems to be bizarre—and not a positive story for the financial markets,” Greg Valliere, chief U.S. policy strategist for AGF Investments, wrote to clients on Nov. 20. “What else is Trump prepared to do in the last eight weeks of his presidency?”

For the rest of this article please visit: 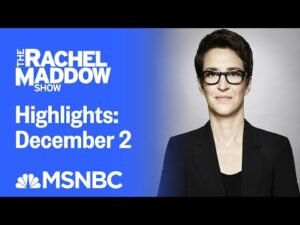 [CNBC Television] Three high-flying stocks that may be doomed to fall back to earth: Damodaran | NEWS – USA Again
December 3, 2020 [Yahoo Finance] Coronavirus vaccine: We need to insure we have enough doses for people who need them: Red Cross | NEWS – USA Again
December 3, 2020